Football icon Diego Maradona died at home in Tigre after suffering a heart attack, according to reports in Argentina. He was 60.

Sporting icon Maradona, who spent the best of his playing days at Napoli and also had a stint at Barcelona, passed away in the city north of the Argentine capital of Buenos Aires, the player’s hometown.

Maradona had battled health problems and weight gain, which stemmed from addiction to drugs and alcohol.

He underwent surgery earlier this month to remove a blood clot from his brain. He was released from the clinic in Buenos Aires two weeks ago.

Maradona is widely recognised as one of the greatest footballers of all time.

He won the World Cup with Argentina in 1986, knocking England out of the tournament in a match which saw him score the infamous ‘Hand of God’ goal and another – widely considered to be one of the greatest goals of all time.

After Maradona retired in 1997, he went into coaching and managed the Argentina national team between 2008-2010.

He was in charge of Gimnasia de La Plata at the time of his untimely and tragic death. 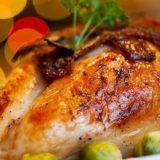 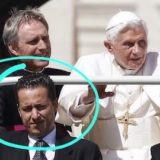 Next Story
Man who stole from pope dies