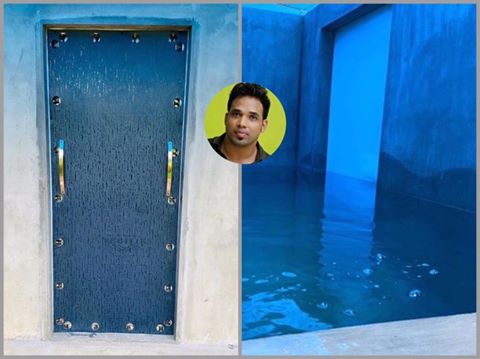 Hear ‘fitness instructor’ and you picture someone who hammers you into doing 100 push ups. But Kerala-based fitness instructor Krishna Kumar has a heart of gold that goes beyond merely ‘feeling’. He likes to act on it, whenever he sees anyone suffering.

The gym trainer has designed and developed a structural device – Flood Lock System – to protect homes from flooding.

Many know Krishna Kumar as the best fitness instructor in town, the owner of the US Fitness Center in Chalakudy and as the local man who works as a fitness coach to top stars such as Prithviraj Sukumaran, Indrajith Sukumaran, Jayasurya and Kalabhavan Mani. He lives in Chalakudy with his wife Jeeva and son Jewel.

It was in 2018 that Krishna Kumar first witnessed the havoc caused by floods. “My own home was not hit, but most of my village and my friends’ homes were badly affected. The helplessness and pain we felt during the clean-up operations, was severe. The idea for a flood protection system took shape in my mind then. But it was during the last four months of lockdown that I got adequate time to give it form”, he says.

The Flood Lock System is a reusable and removable protective system developed to resist water and dirt. Its construction is of the highest quality – 80% of it is made of stainless steel.

One of its greatest features is that it can be fixed within minutes. When you see the floodwaters rising, fit the structure quickly onto the main door. The two-lever fitting system is also designed to keep away any debris that the floodwaters could bring in.

Krishna Kumar also has a plan for locking inside doors and windows. “The system can be removed after use and replaced when necessary”. One model has been built for now. Krishna Kumar has filled a room with water and installed the system over his door for demo. One such gate would suffice for a small home and it would cost around Rs 20-25k.

He aims to market the Flood Lock System commercially to help people in flood prone areas. “With the possibility of flooding this year, I am hoping to make it available as soon as we find an industrial vendor to bring it to the market”, he says.

There definitely is more to this gym instructor than what meets the eye. 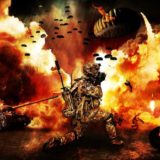 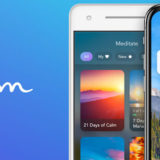 Next Story
Staying Calm with technology