Denzel speaks out on Will’s slap 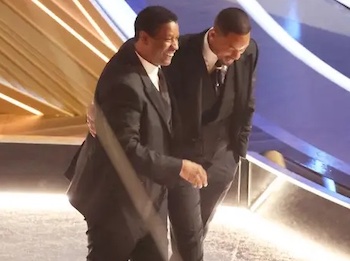 Actor Denzel Washington has spoken out publicly for the first time about the conversation he had with Will SmithW moments after the Men in Black actor slapped Chris Rock onstage at the Oscars.

Washington pulled Smith aside and comforted him during a commercial break shortly after Smith went up to the stage and smacked Rock for making an off-the-cuff joke about his wife Jada Pinkett Smith’s bald head during Sunday’s awards ceremony (Pinkett Smith has alopecia, a hair loss condition that she has been vocal about in the past)

Actor Bradley Cooper was also seen talking to Smith and hugging him after Smith’s onstage assault.

“You stepped in the middle of World War III,” Bishop Jakes said, asking Smith about the incident.

Washington did not want to share details about the conversation he had with Smith following the slap, but said that he prayed with Smith and others, including Tyler Perry, who came to comfort Smith in the aftermath.

“For whatever reason, the devil got ahold of [Will Smith] that night,” Washington said, according to Variety.

“Fortunately, there were people there. Not just me, but others — Tyler Perry came immediately right over there with me. [Said] some prayers. I don’t wanna say what we talked about, but there but for the grace of God go any of us. Who are we to condemn? I don’t know all the ins and outs of the situation, but I know the only solution was prayer, the way I see it,” Washington said.

“There’s a saying when the devil ignores you, then you know you’re doing something wrong,” Washington said.

“The devil goes, ‘Oh no, leave him alone, he’s my favourite.’ Conversely, when the devil comes at you, maybe it’s because he’s trying to do something right. And for whatever reason, the devil got ahold of him that night.”

Smith, who won Best Actor for King Richard later that night, had thanked Washington in an emotional speech, saying, “Thank you, D. Denzel said to me a few minutes ago, he said, ‘At your highest moment, be careful. That’s when the devil comes for you.'”

Smith apologised to Rock the day after the Oscars, and on Friday, he resigned from the Academy of Motion Picture Arts and Sciences, which has begun a disciplinary inquiry into his actions. 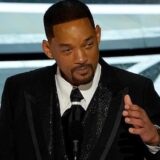 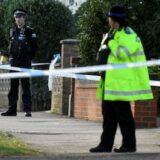