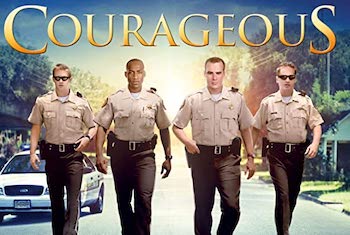 “Courageous” is about a Georgia police officer whose job exposes him to social decay and spiritual desolation wrought by fatherless homes, strengthening his devotion to conservative family values.

The independent Christian drama film is the fourth film by Sherwood Pictures, the creators of Flywheel, Facing the Giants, and Fireproof. The film was directed by Alex Kendrick, who co-wrote its screenplay with his brother Stephen Kendrick. Alex Kendrick also stars in the film, along with Ken Bevel and Kevin Downes. About half of the cast and crew were volunteers from Sherwood Baptist Church, while the remainder were brought on through invitation-only auditions.

Sheriff’s deputy Adam Mitchell (Alex Kendrick) endures a terrible personal tragedy that causes him to question what is really important to him. Taking comfort in his faith in Jesus, Adam vows to become a better parent to his teenage son and convinces his close friends on the force to sign a pledge that they will all strive to become better Christians and better parents. Unfortunately, one of the men’s moral compass appears to be broken when it comes to earning some fast money.

The story centres on this group of law enforcement officers and is filled with action, outstanding humour and at times, some tough emotional moments.

The cops reconnect with their faith, in the hopes of building a better relationship with their children and with God.

Most of the characters are well-written and nuanced. It really is a tremendous uplifting film that leaves you pondering from the very beginning to the very end.

Fatherhood isn’t for the fainthearted. It’s a calling that can be very demanding. There are also some distinct learning moments that makes this film much more than just an escape from reality. How often do you have an opportunity to take someone to a movie that has trailing impact on your life? Get some dads or young men together to watch Courageous and sit down for a meal afterward to talk about what it showed you were doing well, or right – and what you could be working on to better build into your family and their future. Powerfully-told story with an outstanding cast.

It’s nice to see a movie where there’s a strong message of family unity and a father’s role in building a godly home. Every movie has taken been trying to tell us that your average family is a broken one. Why can’t we have some entertainment that focuses on people trying to be strong fathers with integrity? As that leads to strong mothers and then stronger children. And in the end, a stronger community.

Great storyline and great acting. An inspiring and uplifting movie that tackles many issues realistically. Best for families. Don’t miss it. 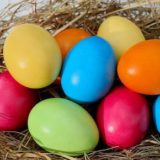 Previous Story
Why do we eat Easter eggs?
→ 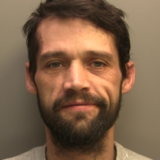