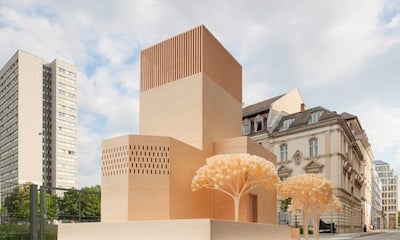 A new facility in Germany will seek to promote unity among communities of faith by offering a space where Christians, Muslims and Jews can all worship together under the same roof.

The structure was designed by Berlin architects Kuehn Malvezzi and will cost an estimated €47m.

The House of One is expected to take approximately four years to build. May 27th, 2021 is the planned date for laying the foundational stone of the monumental building. It will incorporate a fully functioning mosque, church and synagogue, along with a central meeting space. Adherents of other faiths will also be invited to come and worship there.

The ‘The House of One’, building project, which has been dubbed a ‘Churmosquagogue’, was the brainchild of Christian theologian, Roland Stolte.

Critics of the House of One have raised their concern that the structure is “mixing religions” and creating a “new religion.”

Stolte however, maintained that the Abrahamic religions could co-exist “while each retaining their own identity.”

“The idea is pretty simple,” he told the Guardian. “We wanted to build a house of prayer and learning, where these three religions could co-exist while each retaining their own identity.”

On the project website, the House of One is billed as seeking to foster “peaceful relations” between the Abrahamic religions. They also credited a quote from Martin Luther King Jr as being part of the inspiration for the project: “We have inherited a large house, a great ’world house’ in which we have to live together – black and white, Easterner and Westerner, Gentile and Jew, Catholic and Protestant, Muslim and Hindu – a family unduly separated in ideas, culture and interest, who, because we can never again live apart, must learn somehow to live with each other in peace.”

The designers added that the House of One aims to be “a symbol of peaceful dialogue”.

One of the faith leaders involved in the project, Rabbi Andreas Nachama, noted that while Christians, Jews and Muslims will worship separately in the building, they will come together for religious holidays, commemorations and celebrations.

“It is more than a symbol. It is the start of a new era where we show there is no hate between us. We wanted to create a new kind of sacred building that mirrors Berlin today,” Stolte told the Guardian. “The initiators are acting as placeholders. This is not a club for monotheistic religions – we want others to join us.”

The majority of the project’s cost has been covered by the federal government and the state of Berlin. Some €9m has already been raised through donations and fundraising. Stolte said that the support had been encouraging, particularly after some early scepticism that the project was seeking to create a new religion. 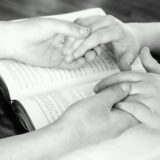 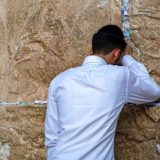