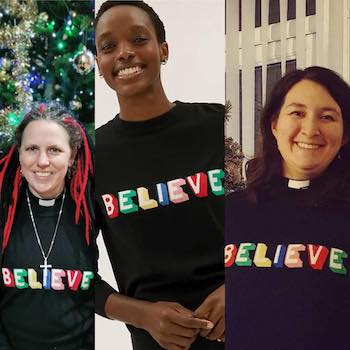 A new Marks & Spencer Christmas jumper has become the “Christmas clergy uniform” of 2021.

Clerics have a range of uniform options such as dog collars, cassocks, surplices, albs, tippets and chasubles. But clergy are now snapping up the new item.

The £19.50 jumper is part of M&S’s Christmas clothing range. It is black and has the word “Believe” written in colourful text on the front.

Using the hashtag #TeamBelieve, many female vicars and lay people have taken to social media to share their pictures wearing the jumper on top of their clerical collar.

Rev Ruth Bushyager, the bishop of Horsham, posted online a snap of female priests in the Chichester diocese donning the festive jumper

Leigh Greenwood, a Baptist minister, asked: “Do you think @marksandspencer have realised yet that they’ve become the unofficial suppliers of clergy Christmas jumpers?”

One priest is putting together a photo montage of more than 200 clergy wearing their Believe jumpers. “It has really struck a chord among women clergy,” said Rev Claire Jones, a curate in Bodmin, Cornwall.

“People want something fun and interesting to wear at Christmas carols and school nativity plays. I’m sure it’s not what M&S intended but it taps into what Christmas is really all about.”

Some male clergy, for whom the women’s XL size is not big enough, are feeling left out. M&S is selling a similar jumper in its menswear section but with the slogan “Ding Dong” replacing “Believe”. 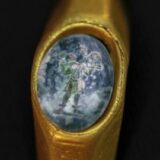 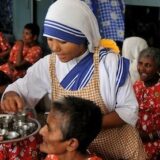