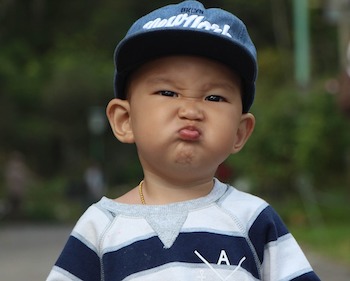 I think my taste buds have grown up over the years. They had to at some stage, but to be fair on me, I never had the freedom to encourage them to bud and bloom when I was young.

In our house, you ate what you were given, without fuss. Beans, broccoli and spinach topped the list. We had those regularly on our menu, because my mother was in charge. It eventually got to a stage that we were obsessed with trying to distract my parents when we passed the veggie aisle in the super market. THAT never worked. Trying to read out bits and pieces of fiction about how good KFC and Pizza was good for growing kids, did not work either. Having parents who worked in the health industry had its disadvantages.

So us kids resorted to inventing ways of disposing of the healthy stuff without too much guilt. The internal way of disposal was the Water Aided Method. While mum struggled to make us drink 2 litres of water everyday, on veggie meal days, it was easy. We would have glasses of water handy before the meal. Put the veggie in your mouth; quickly swallow some water and the veggie along with it without mastication – that was the way it was done.

My mother also tried the Spoon Aided Method, which I then thought was child abuse. But many parents have assured me since then that it is very popular, especially on kindergarteners. The way that was tried – the parent watched you with eagle eyes; you could not touch the water, you could not spit the veggies out. You stored it in your mouth. After a few minutes of waiting, the parent gave a gentle tap on your cheek with a spoon. You transferred the stuff to the other side.

This went on till you swallowed the whole plate of veggies or till your parent lost patience and let you try the Water Aided Method.

The Creative Method was another. My dad bought us kids a colourful glass with glitter floating on the outside layer and a cartoon figure at the bottom. He encouraged us to drink the milk faster to see the glitter and the figure dancing.

That did not work – because we thought we could see the glitter dance better if the milk was poured down the sink, rather than down our throats.

The Bribery Method was another popular technique used during those times. You finished your dinner fast and you got a candy bar. That was never tried in our house – because my parents did not believe in bribery. Humph.

The external way of disposal was the Distract-Drop-Dispose Method. But I warn you; you need the support of a sibling to do this successfully. You took a forkful of broccoli and, when your parents weren’t looking, dropped them into your napkin and into your pocket. When the whole bit had been transferred successfully into your pockets, you asked permission to use the toilet. This was not technically an untruth. You did have to use the toilet, but to dispose off the broccoli. Then you had to flush and hope against hope that it would vanish into eternity and not re-surface as congealed green grunge ten minutes later.

Not wasting food was a commandment in our house. My parents talked endlessly about starving children in Somalia and being grateful for what you had. We children pretended not to hear that one.

In fact, I once heard a joke about a lady who was feeding bread to ducks in a pond and an upright person who walked by commented that it was wastage of food, because there were children starving in Somalia. The old lady replied that she couldn’t throw food that far. That was my favourite joke when I was a child, but my parents weren’t amused.

But times have changed.

Maybe its age or maybe its good sense, I now like broccoli. And I hate wasting food. Like parent, like children, eh? Last week, I caught myself telling my 9-year-old cousin that wasting food was wrong.

I chewed my tongue before I mentioned Somalia. He had a hurt expression on his face and I could imagine him thinking “traitor”. He might hate me for saying this, but I sincerely hope that he too grows up like I did…With sensible elders who believe in loving without spoiling…because there are just too many hungry people in our world. 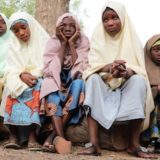 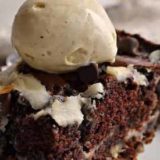