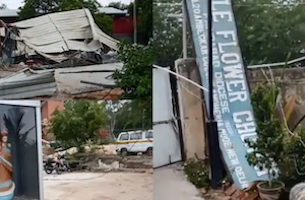 A Catholic church in India’s capital has been demolished by authorities for apparently being an ‘illegal structure’.

The tearing down of the church in South Delhi’s Chhatarpur has snowballed into a political row with Delhi Chief Minister Arvind Kejriwal, saying it was ordered by the Delhi Development Authority, which comes under the Centre and Kerala Chief Minister Pinarayi Vijayan calling the act “shocking”.

The Little Flower Syro Malabar Church was located in Dr Ambedkar Colony near Andheria Mod in Chhatarpur, and was operating from a temporary structure, said Father Jose, the parish priest.

The church was pulled down on Monday, following an order from the Delhi Development Authority (DDA). Civic authorities claimed the structure ‘encroached’ on government-owned agricultural (Gram Sabha) land.

Church leaders have condemned the move as ‘sad and shocking’, claiming they were given no prior notice of the demolition.

“They came in the morning and asked our staff to vacate the place, then they demolished the entire church,” Fr Ginto K. Tom, public relations officer of Faridabad Diocese, told UCA News.

“We have been running this church for the last 13 years and there was no such problem until the DDA claimed it was an illegal building. We will seek legal help and will take further action,” he said.

Fr Jose, the parish priest, told media persons: “There was no discussion. They came without any prior information. I was here when it happened. Everything has been demolished, statues broken, instruments used for prayers, church records, sound systems – have all been damaged. The altar is still there, but we cannot use it anymore” he said.

The land where the church stood was donated 12 years ago to the Diocese of Faridabad Syro-Malabar Diocese, to serve some 1,500 local Catholics.

Catholic Bishops in the Northeast say they have witnessed similar incidents throughout the region. The North East India Regional Bishops’ Council (NEIRBC) has questioned why such an established place of worship was destroyed so quickly.

Archbishop John Moolachira of Guwahati, and the president of (NEIRBC) said: “The Municipal Corporation should have given sufficient time to the Church personnel to take legal recourse before the demolition.

“We appeal to the government and the municipal corporations not to violate the religious sentiments of the people and not disturb the religious harmony of the country,”

According to the South District Delhi Magistrate, notices were ‘duly served’ and the demolition was in accordance with a 2015 Delhi High Court order. A statement said: “The land is an original Gram Sabha land for which the boundary work was done by Irrigation and Flood Control Department. However, it was encroached by some people by instalment of religious structures. Over time, the encroached area started increasing in the garb of the expansion of the religious structure. Therefore the Block Development Office tried to undertake the demolition of the unauthorised structures”.

The Syro-Malabar Church, based in Kerala, has 35 dioceses across the world – most of them located in Kerala. Faridabad is the 16th diocese established outside Kerala. 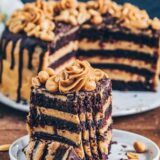 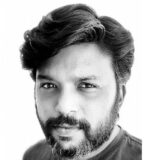