A Catholic bishop in Nicaragua is being investigated over allegations of organising violent groups and inciting them to carry out acts of hate.

The government crackdown on Catholics in Nicaragua escalated when the country’s national police announced an investigation into Bishop Rolando Alvarez of the Diocese of Matagalpa.

The bishop, one of the most outspoken Catholic critics of Nicaraguan President Daniel Ortega, has been detained since Thursday afternoon at the diocesan chancery, as police forces allege that he has incited anti-government violence.

Bishop Alvarez from the Diocese of Matagalpa was stopped from leaving his home this week after police cordoned off an area outside the building.

The bishop attempted to attend the nearby Cathedral, but was instead forced to celebrate mass at home.

Multiple reports say the bishop and his detained companions have spent much of their detainment in song and prayer in the chancery’s chapel, and the bishop has livestreamed preaching, prayer, and song while detained.

“Under the auspices of the high authorities of the Catholic Church, and taking advantage of their status as religious leaders, the Diocese of Matagalpa headed by Bishop Rolando José Álvarez Lagos, is using media and social networks to organize violent groups, inciting them to execute acts of hatred against the population (…) with the purpose of destabilizing the State of Nicaragua and attacking the constitutional authorities,” an Aug. 5 statement declared.

“The National Police, as the competent authority to guarantee peace and citizen security, have established protection measures for the population, so that these events do not happen again. Likewise, it has initiated an investigation process, with the purpose of determining the criminal responsibility of the persons involved in the commission of these criminal acts, of which the Public Prosecutor’s Office and the Judiciary have been informed.”

The statement added that the people under investigation would not be permitted to leave their homes, but police have not issued any formal arrest order.

Sources acquainted with the Ortega regime and political prisoners in Nicaragua told The Pillar Friday that investigation announcements like the one issued about Álvarez generally precede the suspect’s arrest. 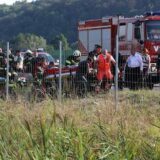 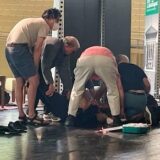