Two men in their twenties have been arrested for the robbery of controversial Brooklyn Bishop Lamar Whitehead.

Juwan Anderson and Say-Quan Pollack, both 23-years-old, have been charged with federal robbery after storming into Leaders of Tomorrow International Ministries in Brooklyn, New York earlier this year.

The bishop was live-streaming the service when three men wearing dark hoods kicked open the back door to the sanctuary a few minutes into his sermon.

In a video posted on Instagram, Mr. Whitehead described seeing three armed young men coming at him; one of them pointed a gun at his infant daughter’s face, before taking all of his and his wife’s jewellery.

They robbed the bishop at gun point whilst he was delivering the livestream sermon, stealing more than $1million (£830,000) in jewellery only.

A third defendant remains at large, prosecutors said, and was not named on Wednesday.

Bishop Whitehead told the Daily News: “My wife was crying when she heard the news. We’re waiting for the last one to be arrested so we can move on with our life.” 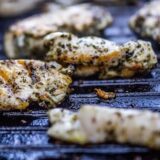 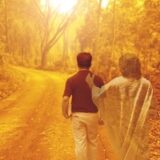 Next Story
Who is on the Lord’s side?