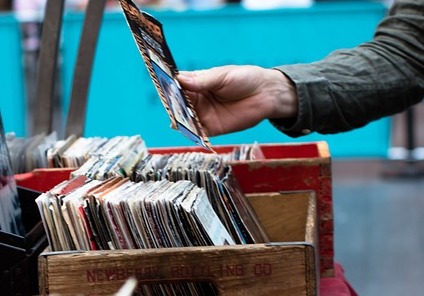 Have you ever wondered why retail and grocery stores place items such as magazines, candy and trinkets near or in the checkout line? It is a selling tactic known as “impulse buying.” The intent is to lure consumers into buying something they had no intention of getting.

For me, it is the infamous chocolate bar that always seems to catch my eye when I am at the grocery store, and if it is white chocolate, it’s a done deal. Been there, done that!

Impulse buying is triggered when someone sees a product or a well-crafted ad that entices that person to make a purchase. It’s known that some 20 percent of what shoppers purchase at the grocery store results from impulse buying. That is why it is never a good idea to grocery shop when you are hungry because everything will tempt your tummy and load up your shopping cart quickly.

“Okay, what’s with this Shopping Channel history lesson?” you ask. I am glad you asked because the strategy of impulse buying is an excellent example of Satan’s plan to tempt people into acts of sin to disobey and defy God; an approach one might term as “impulse sinning.”

One example resides in the book of Genesis, where we find Adam and Eve hanging out at the one spot in the entire garden they should have avoided most of all.

The Bible says that satan deceived the woman Eve, or in other words, he bent the truth just enough to cause her to doubt what God said or doubt that she understood what God said. As the story goes, “When the woman saw that the tree was good for food, and that it was a delight to the eyes, and that the tree was desirable to make one wise, she took from its fruit and ate; and she also gave to her husband with her, and he ate” (Gen 3;6)

Now, let’s be clear. Eve often takes a bad wrap, but Scripture clearly states that Adam, her husband, was right there with her when she chose the violate God’s only no-no at that time. We could safely assume that Adam committed the first “yes dear” in recorded history. Even though Eve often gets the bad wrap, Adam was responsible because he was the one whom God commanded, saying, “from the tree of the knowledge of good and evil you shall not eat…”  (Gen 2:17)

Today, we see the same behaviour as Adam and Eve in others, and if we are honest about it, we see it in ourselves as well. In response to temptation, we will, at times, nudge ourselves closer and closer to the danger line where Satan waits to draw us in and seal the deal. We have even told ourselves there is no way we can fall into sin, which is a dangerous path to tread because if a person thinks he or she cannot fall, that person is likely closer to a fall than he or she realises.

Since Satan’s strategy worked so well on Adam and Eve, he used the same tactic on Jesus; however, the outcome did not turn out as expected. The Bible says that Jesus fasted for 40 days and nights, and as a result, He was physically weak and hungry. An important note here is Satan does not tempt on a whim; instead, he waits for just the right time when we are spiritually weak to strike. He viewed the weakened state of Jesus as an opportune time to tempt Him.

“If you are the Son of God, command that these stones become bread,” said Satan to Jesus in the wilderness. Jesus replied, “It is written, ‘Man shall not live on bread alone, but on every word that proceeds out of the mouth of God.‘” (Matt 4: 3&4)

When Satan asked, “If you are the Son of God,” he was not posing doubt because the word “if” can also translate as “since,” i.e., “Since you are the Son of God” because Satan knows who Jesus is as do his demons. However, unlike Adam and Eve, Jesus did not act on impulse but responded by quoting Scripture to foil Satan’s temptation not once, but three times and then, Jesus commanded Satan to depart from Him, and he did so.

“Wait a minute,” you might say. “the Bible says God cannot be tempted by evil, so how is it that Satan tempted Jesus?” That is a great question, and the answer is because Jesus was both fully God and fully man. Jesus chose to set His divinity aside, meaning He refrained from using His divine power, but He was still God. Satan never tempted Jesus as God, but Jesus did feel the pressure of temptation as a man. As a man, Jesus felt the same human joy and sorrow as well as the same human strength and weakness as we do.

We have the same power and authority of Scripture at our fingertips to defend ourselves against temptation, just as Jesus did on that day long ago.

The question is, do you arm yourself with the power and authority of Scripture? Are you prepared for the next temptation? It is not a matter of if you get tempted, but when because the Bible tells us that sin crouches at our door with a desire to master us.

The spiritual battle continues to rage around us and will continue until the day of our Lord’s return, which is getting closer on the horizon. Until that point in time, we must arm ourselves with the power and authority that God has given us in His word. Even Satan cannot dismiss the authority of Scripture. Since Christians already know this, the real question is, why do so many take God’s word for granted? 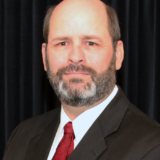 Darryl is a an anointed writer, journalist and evangelist with a passion for sharing God’s word. He has an M.A. in Journalism and a B.A. in English with Honours in Latin, from Regent University. Visit him on the web at www.afaithfulsower.org His motto for his life and ministry is what John the Baptist told his disciples, “HE must increase, but I must decrease.” Darryl also serves as a ministry leader and teacher at Woodland Heights Baptist Church, in Chesapeake, Virginia. 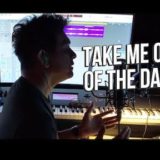 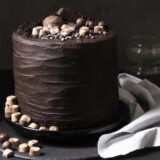