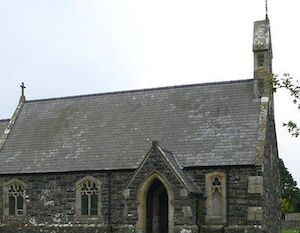 Hundreds of Anglican churches could face closure by 2026 as part of proposed plans by the Church of England.

A report by the Church Commissioners, who manage the Church’s investments, shows up to 368 church buildings could be at risk within the next two to five years.

This figure comes from a diocesan survey which asked for estimates on the number of closures a diocese might bring forward in a two to five year period.

The Church has stated that this figure comes by aggregating a “worst case scenario based on the indications we were given” in the survey.

“There are concerns that increasing financial and demographic pressures might make it more likely that more closures will be necessary,” it states, however “closure is a slow process, and it is often the case that dioceses do not bring forward as many as planned.”

The Church’s administrating body has cited a decline in church attendance, a shortage of clergy and the impact of the pandemic as key factors for potential closures.

Prior to the coronavirus crisis the Church of England closed an average of 20-25 churches every year.

The report suggests speeding up the process for closures by reducing consultations, appeals and the input from heritage bodies.

The consultation document reads: “What is needed are faster processes which would allow for an increase in closures over time to be managed in a sensible way.”

The National Churches Trust says the consultation process is vital.

A large number of Anglican churches no longer in use are given to other Christian denominations, or utilised as community centres as well as being sold for housing.

Tulasiewicz said that before a church is deemed that it “no longer has a future”, careful consideration needs to be given to how resources are spent, the problems a church is facing and its community and heritage contributions.

“Consultation really should be thorough and shouldn’t be rushed”, he added. “I think we’ve got to look at church buildings as being a huge asset. Once they’re closed, they’re closed for good.”

The National Churches Trust is launching a national consultation next month to gather public opinion on the importance and relevance of church buildings in the UK.

“It is not true to say that there is a plan under which up to 368 churches are ‘earmarked’ for closure, as some have claimed.

“The Church Commissioners asked dioceses to provide an estimate of the number of closures they might expect to see in a five-year period, amid some financial and demographic pressures.

“They provided a range in their answers which equates to around one to two per cent of Church of England churches. The upper figure is a worst case scenario based on the indications given, and does not represent an actual figure.

“Closure is a slow process, and it is often the case that dioceses do not bring forward as many as planned and that circumstances on the ground change over time.” 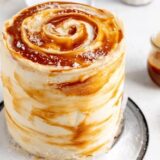 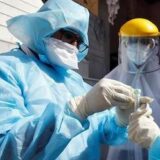