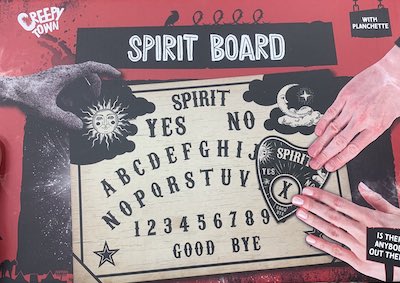 The board game’s sinister claim to connect people with the dead has led to many Christians warning caution.

The £1 prop, also known as a Spirit Board, is part of the chain’s Halloween range. Poundland is selling it under its Creepy Town brand. The sale has prompted thousands of comments from people who branded the spirit boards ‘dangerous’.

“Pound shop are selling ouija boards for kids … that should finish up 2020 nicely,” said one of the social media posts.

Spirit boards (a version of Hasbro’s Ouija board) are flat boards with numbers and letters on with a pointer, through which people try to contact the dead.

Some said on social media that they were amazed at the fuss. “It’s all in your mind or in cheap horror movies. Plus it’s a Halloween decoration, calm down”.

Some Christians believe it is dangerous because it is part of an occult practise; people can contact the spirit world and instead of hearing from the dead, they can invite demons into their life.

Michael Thomas, chairman of the Reachout Trust, which aims to equip churches in talking to people with an interest in spiritualism, told Premier Christian News: “We are meant to be controlled by the Holy Spirit. We’re meant to be obedient to God. And once you start messing about with Ouija, particularly Ouija of all the occult practices out there, you’re completely losing control of what’s happening with you.

“There’s a text in in 1 Timothy 4:1, where Paul writes that the Spirit expressly says that in later times, some will depart from the faith by devoting themselves to deceitful spirits and teachings of demons. And that word ‘devoting’ is really important. We’re meant to be devoted to God. So, if we’re devoting ourselves to something like this, then actually what we’re breaking is the first commandment, ‘Have no gods before me’.”

Some believe that because of the Covid situation, there are many who are having to say farewell to their loved ones, as they get into an ambulance and that’s the last time they see them alive.

Parents have branded Poundland ‘irresponsible’ for selling the boards across the UK, to many innocents. “Someone should go in and buy the lot then bin them all save them getting near any kids.”

A concerned man warned people against buying the board because of the psychological damage it could cause and said the church needs to address people’s questions about death. “How do we address the need that people have for engaging with a theology of the dead? What is the church’s response?”

The supermarket told Premier: “Poundland is the home for Halloween and the Spirit Board is part of this year’s extensive Halloween Decoration range.

“We understand the spirits shook in disbelief when they were told it was only £1.”

A retired minister contacted TeessideLive to say: “These boards are seriously dangerous and have destroyed lives. If anyone thinks this is harmless…Any kid can walk in and take this out for a quid. It is dangerous.”

(With inputs from TeesideLive and Premier Christian News) 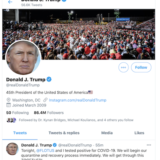 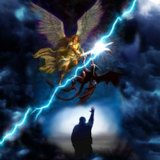